When I received a scythe inquiry from Namgyal, I replied as usual — with more questions. Asking for pictures of the terrain, the type of the crops the scythes would be used for, and the existing means of cutting. What I received the next day was totally unexpected, something I would refer to as the “Best kept secret in Nepal”.

Namgyal’s inquiry was on behalf of the Tibetan community in Dhorpatan Valley. The settlement is located in Western Nepal, with an elevation of 3,900 m. The Tibetan refugees, who crossed the Himalayas to Nepal after the Dalai Lama’s escape to India in 1959, were nomadic people. It was the Swiss Red Cross program in the 1960s that introduced them to the farming practices needed for their new settled lifestyle. To sustain themselves in isolated Dhorpatan Valley and the harsh Himalayan environment, self reliance was a necessity. They learned how to cultivate their fields and take care of their animals in new ways. The two young Swiss agriculturists wisely shared with new Tibetan settlers the Gift of the Scythe. It was a truly ‘appropriate technology’, before this term was even used. Then, it was probably addressed simply as a ‘common sense’ choice.

Read the original article: ”An Agricultural Colony In Nepal” by The International Committee of the Red Cross 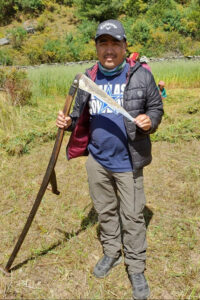 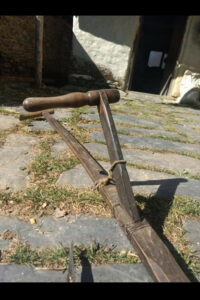 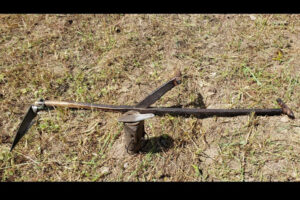 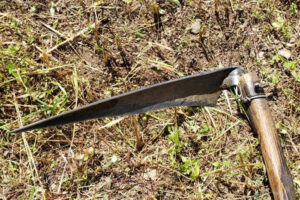 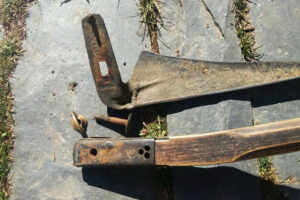 And today, almost 60 years later, the same scythes are still being used for harvesting oats, barley and making hay for winter months. Namgyal reached out to me because during those six decades, some scythes got broken and some were getting worn out. They had asked a local blacksmith to reproduce a blade, but unfortunately he wasn’t able to. In the meantime, they’re using what is left of the blades…

I sent to Namgyal three Swiss-style blades I had on hand. The tangs on Swiss-style blades are different from the more commonly used blades, as they use a single bolt for attaching the blade, instead of an attachment ring. Namgyal later ordered a couple of additional scythe outfits from Vikalp in India. 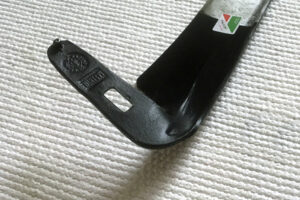 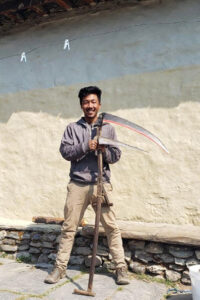 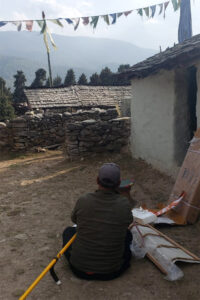 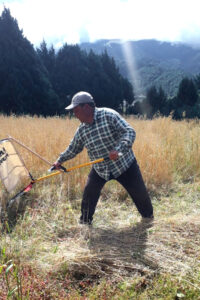 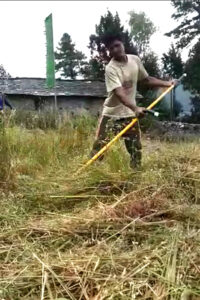 I refer to this as the “Best kept secret in Nepal” because before the SPIN 2012 project, I searched four years for any traces of scythes in Nepal. I only found a reference to one brief attempt. The fact that scythes were used in Dhorpatan for all these years, and villagers are now seeking replacement blades, is itself a testimonial to the validity of scythe use in similar settings.

I wish I could connect with one of those Red Cross field workers from Switzerland and hear their stories of Dhorpatan. They must be pleased that the seeds they sowed are now well rooted, despite the harsh environment. Now I wonder if there are more unrecorded remote places in the world where scythes were successfully introduced. 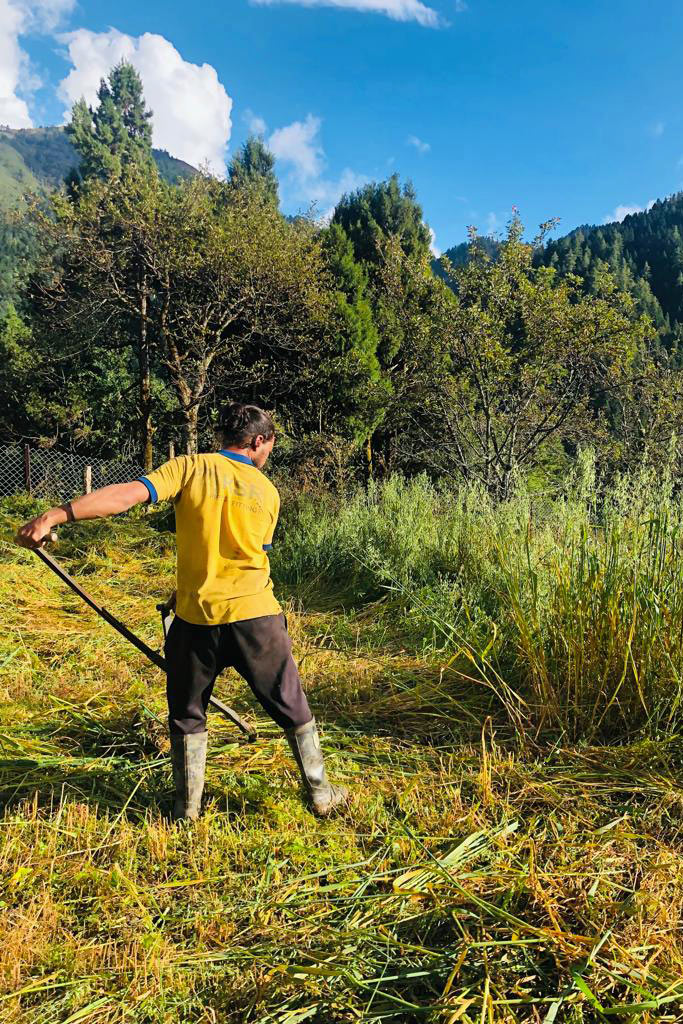